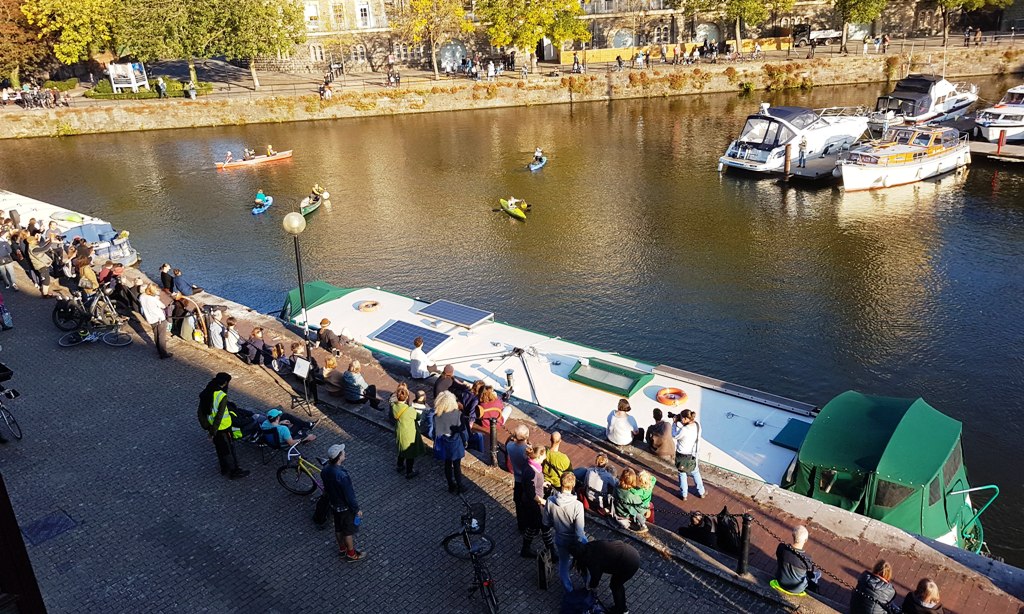 On Sunday 17th October, a music, sound and film event created by Bristol based artist Kathy Hinde took place around Bathurst Basin, all inspired by listening to Bristol from an underwater perspective. This follows Kathy’s fascinating deep listening walk held around the Basin in early September.

12pm – 4pm : underwater sounds emerged from curious metallic horns placed on the quaysides around the Basin.

7:30pm – midnight : as the sun set and the tide was high, a film created by exposing sediment from the river Frome onto 16mm film was projected from the side of the Avon New Cut close to the Louisiana. As the tide retreated the film was gradually revealed onto the mud banks of the New Cut.

River Echoes was a project by Kathy Hinde with producer Sam Francis, commissioned by Ginkgo Projects, and sponsored by Bouygues UK.