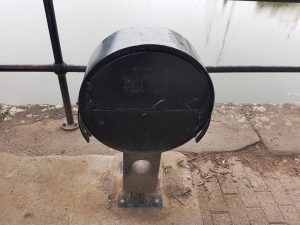 Cabot Cruising Cub is reinstating electrical supplies for boats moored along Bathurst Parade since the accidental damage to the underwater cables in the Basin caused by the recent dredging.

The work comprises a cable being installed from the existing supply by the Cruising Club pontoon gate feeding three new pillars along the quay’s edge of Bathurst Parade. The new supply is being commissioned by Cabot Cruising Club and installed by club volunteers.

The pillars are in keeping with the other electrical hook-ups around the harbour and look a little bit like lollipops (image above). The plan below  sets out the cable route and the locations of the electrical pillars. 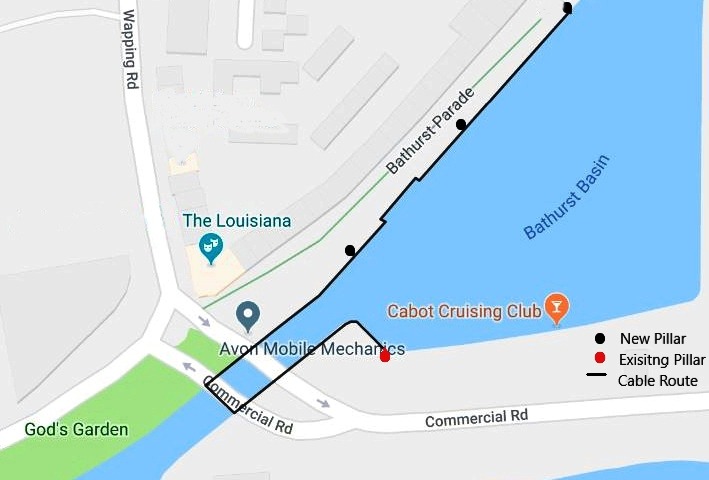