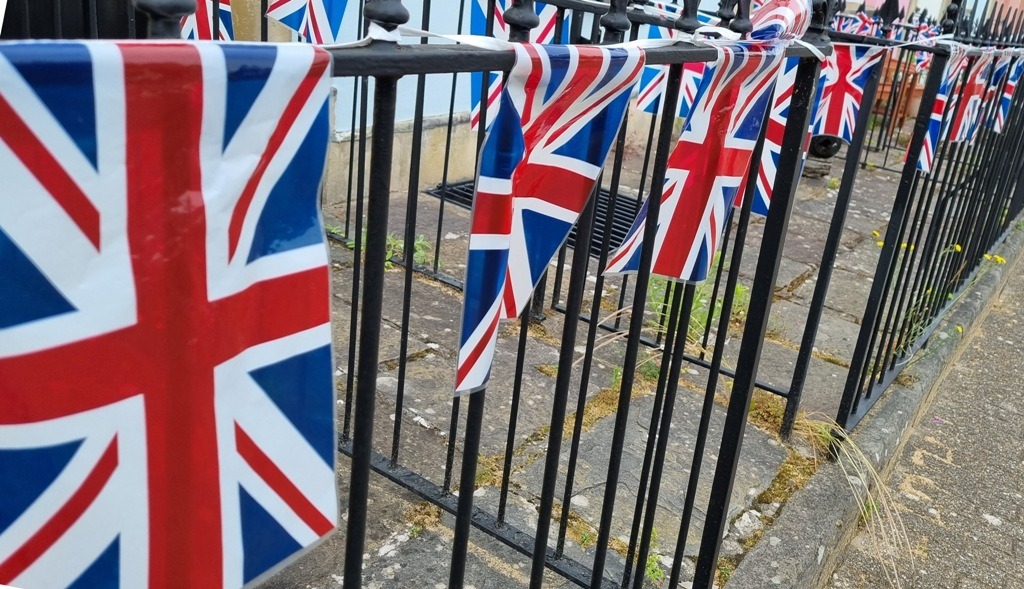 Despite the threatening weather, Bathurst Parade residents met for their second celebration of the Queen’s Platinum Jubilee – the first being Merchants Landing Residents Association Garden Party held the day before. Residents were encouraged to wear red, white and blue. Barbecued sausages and beer had been donated and some residents brought their own wine to toast the Queen’s health.

The event was disrupted by news of a swarm of bees clustered on a lamp post opposite the Ostrich.  Bee-keeper Chris Walsh described it as a small cast (a secondary swarm) rather than a large primary swarm. Suitably equipped, he returned on Monday morning to remove the cast safely. Chris has given the bees a new home and will feed them to help them form a new colony.