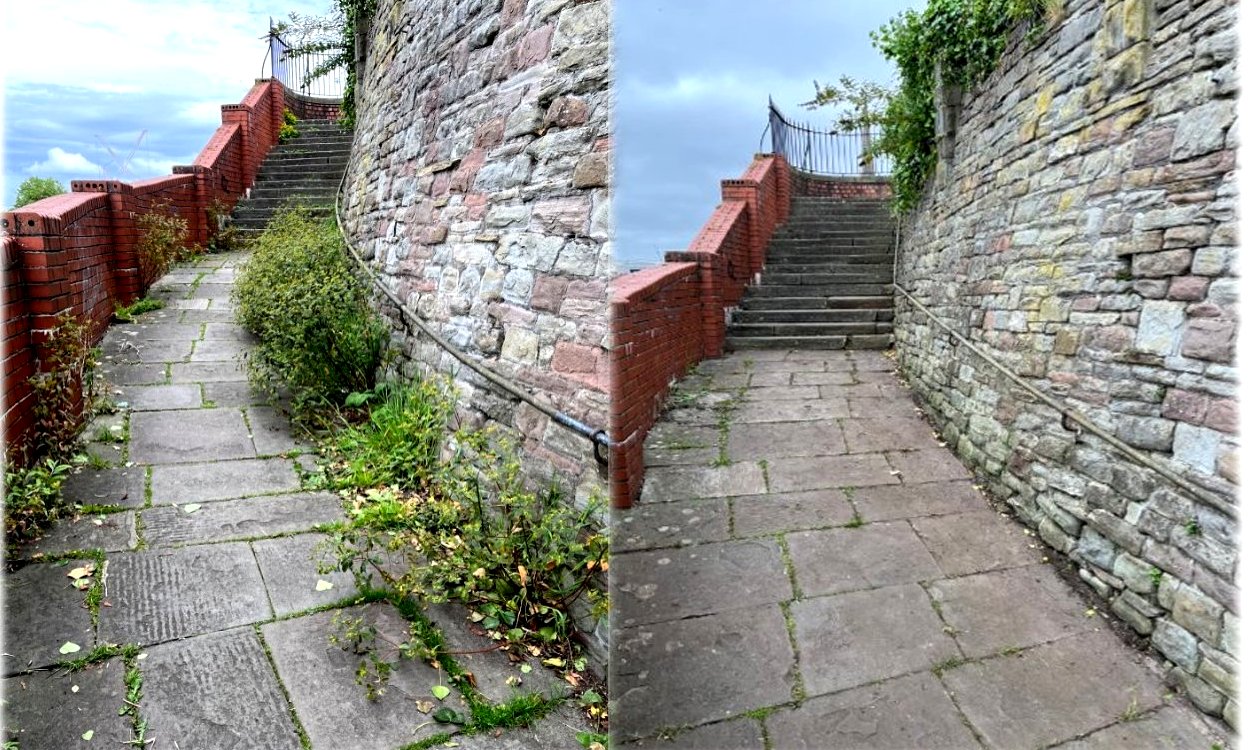 FOBB chairman Richard Finch keeps a sharp eye on the state of the Bathurst Basin environment.  He contacted Eric Dougall (Bristol City Council Docks Estates Office) with concerns over the state of the steps running from Phoenix Wharf to Redcliffe Parade. In particular the electric power cable in its steel protection pipe had become loose of the cliff face. The cable is used to power the streetlights in Redcliffe Parade. This was clearly a safety issue.

The response from the Harbour Estates Office was immediate.  Eric arranged for the utility company to come to site and secure the cable to the cliff face and confirmed it was serviceable. He then arranged for a team to come to the same site on two separate visits to clean the area and our featured images (above)  show the result. The images below show how the power cable was re-attached.