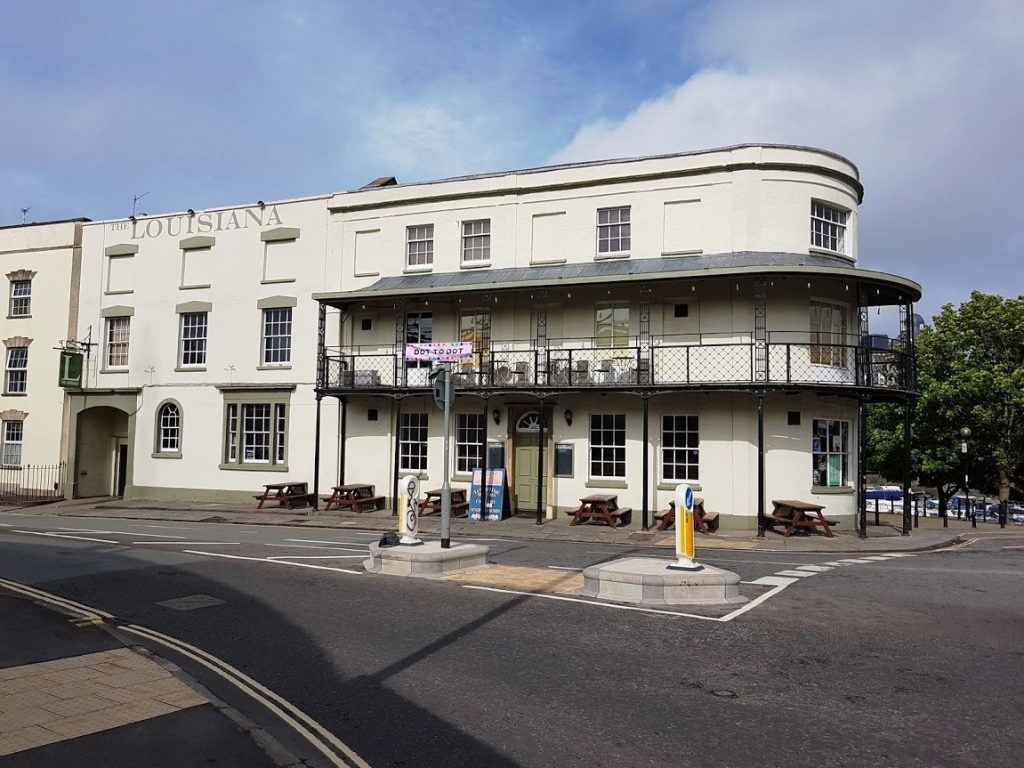 The Bathurst Hotel was built near the southern lock of Bathurst Basin in 1809 to cater for the sailors and travellers the new basin was bound to attract. The association with its sea-faring guests inspired the design of the new hotel. Its first-floor tented balcony covered seven bays with iron standards and railings so reminiscent of New Orleans – this being the inspiration for its present name, the Louisiana. It had previously been called the Garricks (in 1978) and the Smugglers (in 1982).

The ironwork was probably the work of a local craftsman who first designed it and then actually made it himself.  A fan-light over the entrance door is of patent metal with the well-known ornamentation so often seen in Bristol.

The Louisiana has a recording studio in its basement. According to Bristol 24/7 the hangman from the New Gaol used to live in the room, cooking his meals in the old fireplace. The head foreman of the gaol hid in the connecting tunnel during the 1831 riots when inmates tried to lynch him.

As is clear from our image, the Louisiana still retains several windows blocked up to avoid the onerous window tax, only repealed in 1851.

In addition to its fine food and drink, the pub is now a renowned venue for live music – more details on the Louisiana website.