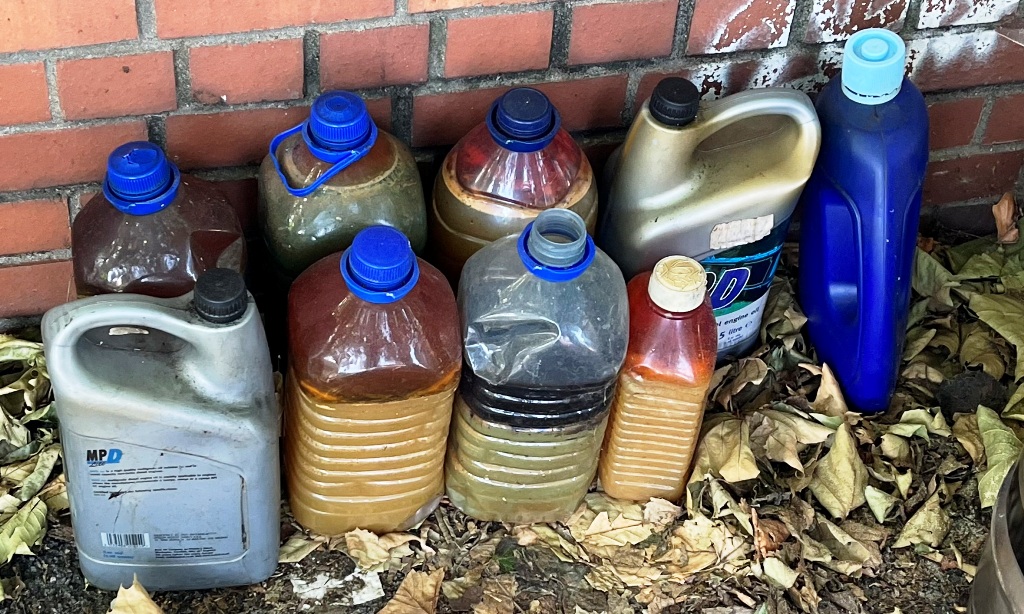 We are concerned that the space in the Bathurst Basin car park where the bins are located may now be used by fly tippers. Over 45 litres of waste oil or emulsified cooking oil was deposited behind the bins (shown in the image). We arranged their disposal. In all likelihood these were dumped by boat owners visiting the Basin during the Harbour Festival rather than owners from Cabot Cruising Club.

Three freezers and a microwave oven were also recently dumped in this area.  The smallest freezer was removed by persons unknown and the other two were taken by Ben to Westonbirt Arboretum as a gift.