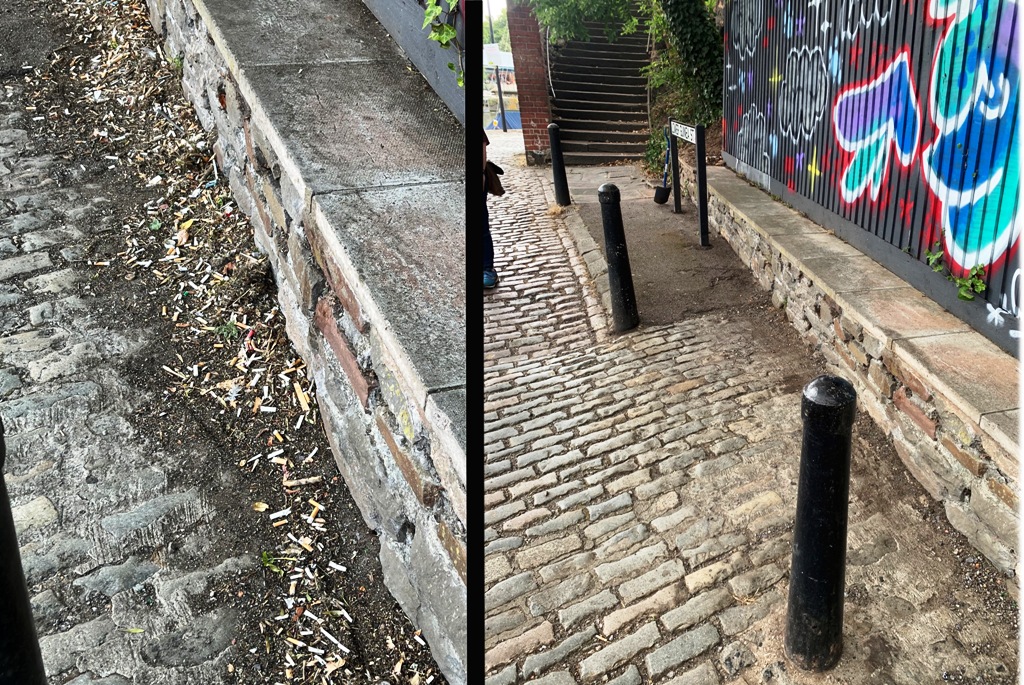 During the recent Harbour Festival, visitors to Bathurst Basin and drinkers at the Ostrich Pub left a substantial volume of litter behind, including a large number of cigarette ends. FOBB asked the manager of the Ostrich if his team could clear the mess and, as always, Mike Roscoe (the Ostrich general manager) responded quickly and effectively as is clear from the image above.

FOBB were able to link Mike with Eric Dougall of the Harbour Estates Office and Eric has promised to raise litter clearance in this area with his cleaning contract supervisor.