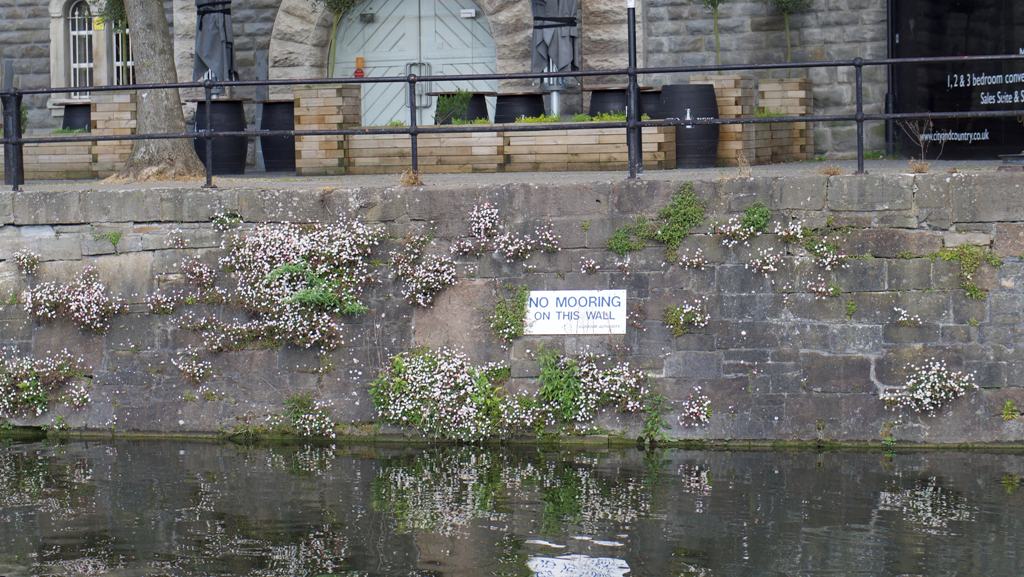 Proposed move of the Ebenhaezer barge into Bathurst Basin

FOBB campaigns to keep large vessels (with the exception of the John Sebastian) out of Bathurst Basin. Bathurst Basin is a home for many small leisure craft moored in a marina. Their owners belong to the Cabot Cruising Club whose clubhouse is the John Sebastian – an historic lightship now designated as a Community Amateur Sports Club. We were particularly concerned about the Council’s intention to move to Bathurst Basin a very large barge, The Ebenhaezer.

We are a community group called ‘Friends of Bathurst Basin’ and have serious concerns about Bristol City Council proposals that involve the Basin. We understand that the Council intends to move a large barge, the Ebenhaezer, from its current residential mooring alongside Welsh Back to the Lower Guinea Street quay in Bathurst Basin. A petition against the barge move to Bathurst Basin has raised over 400 signatures.

Our eight main concerns and associated questions are as follows:

1 The proposed location of the Ebenhaezer in Bathurst Basin is against a quayside clearly designated ‘no moorings permitted’ in Bristol City Council’s City Docks Mooring Policy dated January 2008 – available on the Council’s website.

Question 1: The Council presumably had sound reasons to keep the eastern quay of Bathurst Basin mooring-free as described in its mooring policy. So, what has changed?

2 The Basin is in the City Docks Conservation Area. The walls, quays and bollards to Bathurst Basin, the General Hospital, the Ostrich Inn, the Louisiana Public House, 2-9 Bathurst Parade and Robinson’s Warehouse (now Byzantine Court) are all Grade II Listed. Mooring such a large vessel in the Basin is absolutely not in keeping with the conservation intent and uniqueness of the location. It would significantly detract from it.

3 The Mooring Policy document states that residential moorings are to be ‘located to minimise any potential conflicts with other Harbour users’ (p.6). To our knowledge the Council has not discussed the proposed move with any of Bathurst Basin users – Cabot Cruising Club who manage the Basin’s marina, residents of Bathurst Parade and Lower Guinea Street, the commercial enterprises along that quayside and the large number of recreational users of the Basin.

Question 3: Did the Council consult with any user of the Basin before setting up facilities for residential mooring along Lower Guinea Street?

4 With more appropriate mooring sites available in the main harbour, the decision to move the Ebenhaezer into the more enclosed Bathurst Basin is very difficult to understand.

Question 4; When the Council considered moving the barge, which locations in the main harbour were considered and why were others not included? What criteria were used to evaluate each location in a consistent manner? What were the results of each location considered?

5 Moving the Ebenhaezer away from its current mooring will allow Cordwell Property Group to convert the derelict 0&M Sheds into three restaurants. Ironically the proposed move of the barge into Bathurst Basin will have a significant and harmful impact on two of Bristol’s finest Michelin-star restaurants – Casamia and Paco Tapas. A mooring-free Lower Guinea Street quayside, with its potential for open-air dining, was a major attraction of City and Country’s award-winning conversion of the General Hospital.

Question 5: Why is it considered acceptable for the development of new restaurants to adversely affect highly acclaimed existing restaurants?

6 The historic John Sebastian Lightship is periodically turned for maintenance reasons and this will not be possible with a large vessel moored on the Lower Guinea Street quay. The Ebenhaezer occupies a static mooring and is not designed to be moved. The proposed location of the Ebenhaezer will seriously limit the manoeuvrability of all vessels that use the Basin.

Question 6: Could the Council confirm that the John Sebastian can be safely turned with the Ebenhaezer moored alongside Lower Guinea Street? Will the manoeuvrability of leisure boats in the Basin be unaffected by the proposed move?

7 Bathurst Basin is used extensively for recreational activities by youth organisations and individuals as it provides a safe, quiet back water for canoeing, kayaking, paddle boarding and fishing. Having such a large vessel moored will significantly reduce the amount of ‘free stretch of continuous water’ for such activities and reduce the line of site for safe supervision by instructors of young people who are learning new skills.

Question 7: Did the Council carry out health and safety risk assessment of the Ebenhaezer move for all water-based recreational users of the Basin?

8 The move of the Ebenhaezer from Welsh Back is required for the protection of the owner’s residential amenity (privacy, overlooking, noise and disturbance, etc.) Moored against the Lower Guinea Street quay, the barge will be overlooked and disturbed by local residents, restaurants and the many visitors to the Basin, many of them visiting its restaurants, pubs and wine-bars.

Question 8: Has the Council investigated whether there would be a loss in residential amenity for the Ebenhaezer’s owner resulting from the move to Bathurst Basin? If not, why not?

We look forward to your response.

Thank you for your letter of 27th June. Please excuse the delay in my responding, however the situation was changing and I wanted to be able to confirm the situation.

You may have seen reports about how the Council has now taken action to acquire the barge, securing the much needed development of the O&M sheds. This was necessary to allow Cordwell group to repair a long derelict site in central Bristol, as well as secure the council a capital receipt and rental income.

I am pleased that this also means that the barge will not need to relocate to the Bathurst basin. I hope this satisfies your members, and of course has made most of your questions unnecessary.

I appreciate the serious concerns you had about the impact it might have had on the Bathurst basin, and I can understand why residents and businesses signed the petition. However, given the responsibilities we have to maintain a functioning, and safe, waterway the council ultimately must reserve the right to manage the harbour in the way deemed necessary by the harbourmaster.